Tarot is a divination system that uses a deck of cards to help you tap into your intuition and inner wisdom. Each tarot deck has 78 cards, which are divided into two sections: the Major Arcana and the Minor Arcana. The Major Arcana cards represent larger, more important life lessons and challenges, while the Minor Arcana cards represent the smaller, everyday challenges that we all face. The truth is that tarot readings can provide insight into any situation in your life. Numbers and images have their own unique significance, especially the number seven. If you want to learn more, keep reading to unveil the meaning behind the power of seven in tarot card readings.

What is the meaning behind the power of seven in tarot? 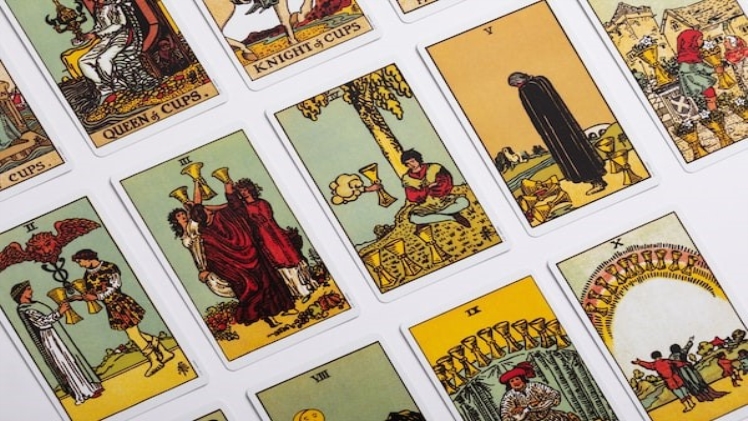 When researching the number 7 in tarot, you can start by learning about the cards where it appears. Four cards contain the number seven within the Minor Arcana: the Seven of Swords, the Seven of Pentacles, the Seven of Cups, and the Seven of Wands. There is another card, the Tower, which reduces to seven due to the fact that it is represented by the number 16. With the discipline of numerology, this can be significant. The number seven is generally seen as spiritual and somewhat mysterious, but there are some qualities associated with it.

If your life path number is seven, or you draw a seven in a tarot reading, it may be a sign that you need to look within yourself to find the answers to your question. You could also have someone in your life that needs guidance, which you may be able to provide for them. Generally, the number seven is connected to spiritual practices and the unknown.

Where did tarot originate?

Tarot decks were invented in Italy in the 1430s. The earliest decks were called “Tarocchi” and were used for game playing. It wasn’t until the early 19th century that people began using them for divinatory purposes. A Frenchman named Jean-Baptiste Alliette (aka Etteilla) began to study the tarot deck and developed his own method of reading the cards. Etteilla was one of the first people to write about the tarot deck in a way that was intended for divination. He believed that the tarot deck could be used to predict the future, as well as to reveal the secrets of the human mind.

Practices like tarot and numerology remain popular today, particularly with New Age thinkers. The New Age movement is a spiritual belief system that promotes the idea that spiritual enlightenment can be reached through personal transformation and positive thinking. New Age thinking emphasizes the interconnectedness of all things, and adherents often believe in reincarnation and the existence of other dimensions beyond our own. These beliefs are common in the United States, with many religious and non-religious people holding them.

Tarot readings can be an interesting and insightful experience. They can provide you with guidance and clarity in regard to your current situation, as well as give you a glimpse into your future. A tarot reading can also be a great way to gain a deeper understanding of yourself, and what you can do to improve your life. If you see the number seven, then that could be an indication that it’s a good time for you to learn more about yourself through spiritual practices or to find ways to assist others. If you follow the advice in this article, you can uncover secrets about yourself and the world around you through tarot.

Netflix is a popular American media-services provider and production company that offers a wide range of streaming services, including original content, films, and television...

Open Culture is a website that offers free online courses and educational resources Greylocketheringtontechcrunch. The website was founded in 2006 with the goal of...