RCB has outclassed their rival CSK and secured two essential points for entering the gate of the first four today, here at Maharashtra Cricket Stadium in Pune. Although the first innings score, the target RCB set was not huge, it was quite chaseable. They managed 173 for the loss of 8 wickets. In reply, CSK ended with 160, which means the victory fell upon their rival; it was a win by 13 runs.

MS Dhoni, the CSK skipper after Jadeja’s dropping off, said in the post-match review that they performed well in restricting RCB in 173; it seemed that they are up to the mark – but good and being good enough always differ. The batting performance was so poor that even after having a chaseable target, they could not have successfully ended the game in their favor. Dhoni has confirmed that they will investigate what’s wrong with their half.

While Jadeja was the skipper, a considerable debate was going on; concerning his failure, everyone depended upon Dhoni, the experienced man in the squad. After Dhoni’s return at captaincy – CSK managed a win, however, they are lacking consistency, as it seems.

Dhoni is famous for being a great finisher; when he was dismissed today, it was not impossible to reach the target. CSK required 39 out of 12 deliveries. But Dhoni was off today because of a loose shot. His dismissal ensured that somehow, CSK wouldn’t be winning today. He’s the last recognized batter in the team.

While facing Hazelwood, Dhoni packed a punch to one of his short deliveries only to be landed up in the mid-wicket. However, the imperfect pulling went flat instead of flying through square leg, and Rajat Patidar – the man at mid-wicket, made no mistake.

Even after his dismissal, Pretorius was trying to do something worthy. He even clicked some ten runs out of a boundary and an over boundary. However, the boundary was quite edgy; he wanted to hook that but got a boundary over the keeper’s head from a top edge. He also managed a biggie over the mid-wicket on the first ball of the last over.

The next ball, however, witnessed his dismissal, Patel wanted him to go for a big shot, and the field was set for that. With the shot, Kohli was settling down at long-on – Pretorius’s little party was over as he made no mistake. After his dismissal, Theeksana’s over boundary could make no difference; RCB had well gotten two points in their pocket by then.

It was, however, Harshal Patel’s day; he achieved four precious wickets and ultimately was awarded the player of the match. He, today, has won the mind game more than anything else. He was indulging hard length deliveries with an action of slower ones and incorporating slow Yorkers. However, he conceded 36 runs; he needs to be a little less generous.

Fantasy cricket fans would be dismayed to find CSK back in the loop like nothing is working well for them. On the other hand, it’s incredibly troublesome to drop bowlers like Patel from the team. Fantasy cricket is a virtual platform where millions of cricket buffs worldwide can create their team to score points. They can choose players of their liking from the two teams playing the live match. CSK is a fan favorite and every player is loved by fantasy cricket players. Although, this year has been disappointing for them. 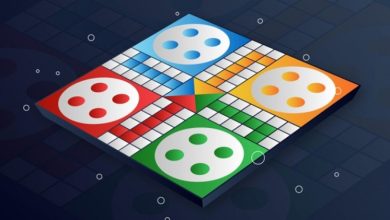 WHAT ARE THE BENEFITS OF PLAYING LUDO ONLINE? 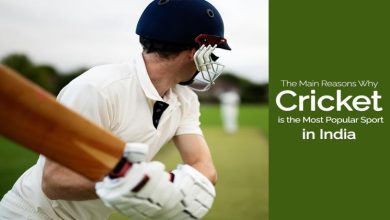